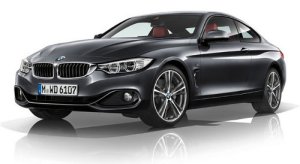 We’ve all read the reviews of BMW’s new 4-series saying that the coupe’s ride, handling and performance are not up to the standards set by its predecessor, the 3-series. Everyone is asking why, but we Conservatives know the answer.

This is all part of Obama’s liberal agenda. After all, he blocked people from looking at Mount Rushmore and locked up senior citizens at Yellowstone Park, all in an effort to increase the misery of the Government shutdown, which he has tried (unsuccessfully) to blame on the Republican party. So why wouldn’t King Barak the First dampen our spirits further by ruining our favorite sports coupe?

I’m joking, of course… well, only a little. I don’t think His Royal Obamaness could have timed the watered-down 4-series to coincide with the shutdown. He’s crafty, but not he’s not that crafty. And besides, I don’t think it ever occurred to him that Bohner and the other brave Tea Party Patriots would refuse to bend over for Obamacare.

But I do know that Obama’s determination to turn us into a Socialist country knows no bounds, and that one key element of his over-arching liberal agenda is to change the way we drive. Obama and his band of happy liberals won’t be happy until we all have little tin electric boxes from Japan in the driveways of our State-owned apartment blocks. He knows he won’t be able to shove his 55 MPG mandate all the way down the throat of America during his tenure as Communist-In-Chief, so he has to work fast to do what he can, because (assuming we come to our senses and elect a Republican in 2016) the next President is going to unravel that CAFE business quicker than an unemployed inner-city drug dealer can grab his welfare check.

So I asked myself: How could a car like the BMW coupe could go from being so good to so bad, so quickly? Liberals will say it’s because corporations are inherently lazy, evil and complacent (to which I say to them: Takes one to know one). But to a sane Conservative, the idea that BMW could suddenly forget how to make a good car is beyond belief. BMW is a for-profit company with obligations to its stockholders, not a government-run bureaucracy with its handouts and its taxes. Corporations don’t just suddenly get stupid.

No, the answer is clear: Obama (or more likely one of his bagmen) put in a call to BMW. “Are you concerned about import tariffs? Worried that some of your German-born employees might run into immigration problems? That would be a shame, wouldn’t it? Well, maybe it’s time you stopped concentrating on making fun-to-drive cars and get with the program.”

That’s all it would take. And if anyone thinks Obama wouldn’t dare to stoop that low, I’ve got a fake birth certificate from Hawaii to sell you.

CopyRIGHT © 2013 Driving On The Right. All RIGHTs reserved… and protected by Smith & Wesson.